There won’t be any comics this week as I got carried away finishing up the next release of the ‘MMO?!’ series! My apologies!

In the meantime, feel free to use this picture of Puss reading this post to your heart’s content! 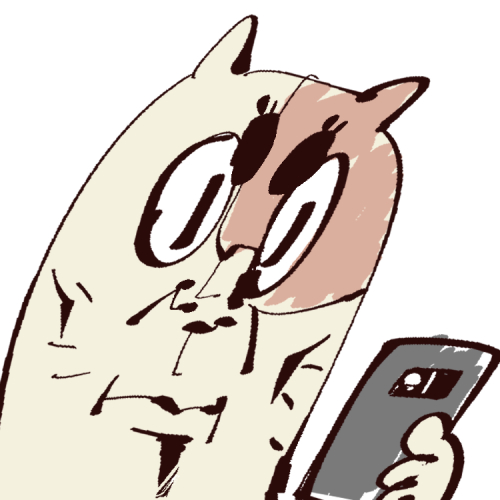 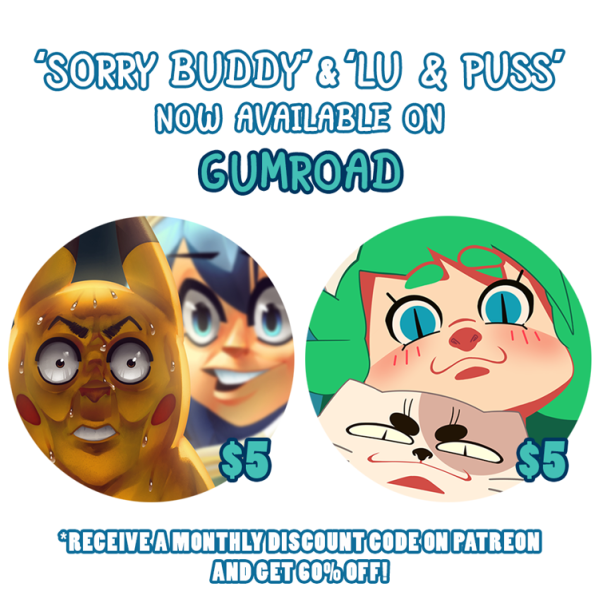 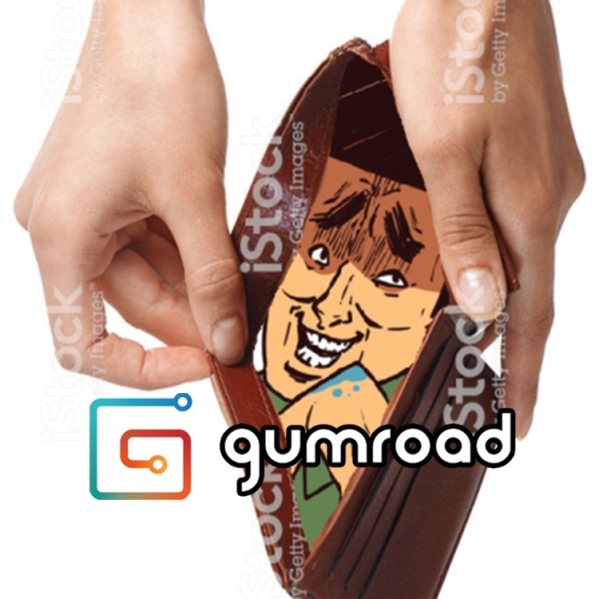 If you were ever interested in my Patreon Rewards but didn’t/couldn’t/wouldn’t support me on Patreon, you can now get them on Gumroad instead!

Wallpapers, Step By Steps, Time Lapse videos and more!
All products are fixed at $5 USD each!

If you’re a Patron looking for old rewards, get every product at $2 each with a discount code provided on the 4th of every month! 60% off baby! (Only if you’ve been successfully processed on Patreon though!)

Thank you for your love and support!
I’ll see you in the next post!

Bet some of you didn’t know that Rando had a Twitch channel!
That’s right! Rando and friends have been using Twitch to stream for a while!

Though, despite being called ‘randowis’ on twitch, we never streamed anything art related. It’s only been used as an excuse for the boys and me to play games together, so that we can keep in touch. Eventually, as we kept streaming every week, we thought it could be fun if we took streaming to the next level with the fans, hence it became a personal goal of ours to want to be affiliates (and perhaps one day, partners) on Twitch.

We tried for a long time, and I’m happy to announce that we are finally Twitch affiliates! Hooray, baby steps!

HOWEVER, as the 5 of us contributed equally to make our streams happen, I didn’t want the impression of our Twitch channel to be “It’s Rando! ..oh yeah, those guys too..”.
Thus, we’ve decided to rename our twitch channel to one that we can refer to ourselves as a group, and not ‘one somewhat popular guy with his other side dudes’!

That’s right, we’re calling ourselves, SaltyGeese!
Therefore, if you’re into streams, drop by our channel at:
twitch.tv/saltygeese!

We even created a Twitter account so that ‘RandoWis’ won’t be littered with twitch announcements anymore! Hooray!
https://twitter.com/SaltyGeese

Hopefully we can make your day with our streams!
Special thanks to everyone who has supported us on Twitch thus far!
Here’s hoping all of us can go even further together on Twitch!

Love you much much, and I’ll see you in the next post!

(By the way, we’ll be having our first stream as SaltyGeese in about 2 hours! Join us if you can!)

Hope Christmas and the New Year were great to you!

Rando’s back from the break with a bit of news!
As you all probably know, I took this break because I wanted to focus on addressing the personal conflict of what I believe RandoWis was, and what I’d like it to be.

Well, after some thought, I’ve come to a couple of conclusions, those being:
– Doodles will be discontinued!
– RandoWis will now revert back to 1 comic/week, MMO Chapters, and Art on the side!

During the break, I realised that I wasn’t enjoying making the doodles anymore. Don’t get me wrong, I don’t hate the doodles or anything like that, they were definitely something fun to do with the fans! It’s just that the process of making the doodles started feeling more like a chore. Yeah they might be ‘doodles’, but I realise that I usually don’t allow myself to publish them if I feel like they aren’t up to standard. I can’t bring myself to upload scribbles every bi-weekly I guess. As a result, the doodles take up the whole weekend to make, sometimes longer, to be honest.

It’s another one of those classic mistakes where Rando puts too much on his plate, only to realise he can’t finish everything (remember Monthly-Wis? Rando remembers. Rando will never forget..). 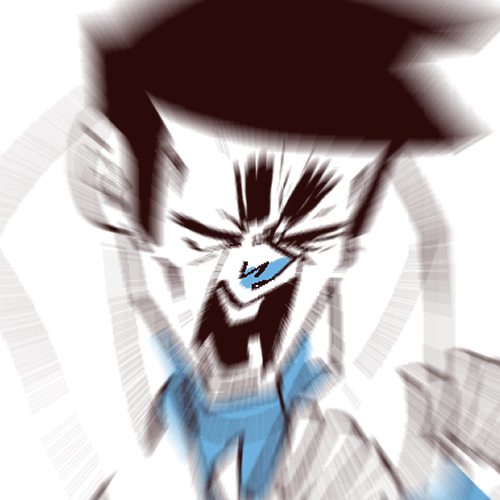 I tried experimenting with the schedule last year to try and balance the workload, from ‘comic + doodle per week’ to ‘comic this week, doodle next week’.
We can see how well that worked out now after 1 year, haha.

So instead of wasting time figuring out how to balance the workload again, I’m just gonna take a step back, and revert to how RandoWis was when it first started; Weekly Comics, MMO, and art on the side!
Those were simpler times, but now I see that they were only made difficult by my own hands. Such blasphemy!

Hopefully this will help in reducing the time taken to make MMO chapters as well! I remember making a joke in 2017 about releasing only one chapter a year, and in 2018, we didn’t even release a full chapter! Shouldn’t have jinxed it, dammit!

Anyway, that’s it from me for now!
I’ll see you in the next post!
Love you much much, and here’s wishing 2019 will be fantastic for you! ♥ 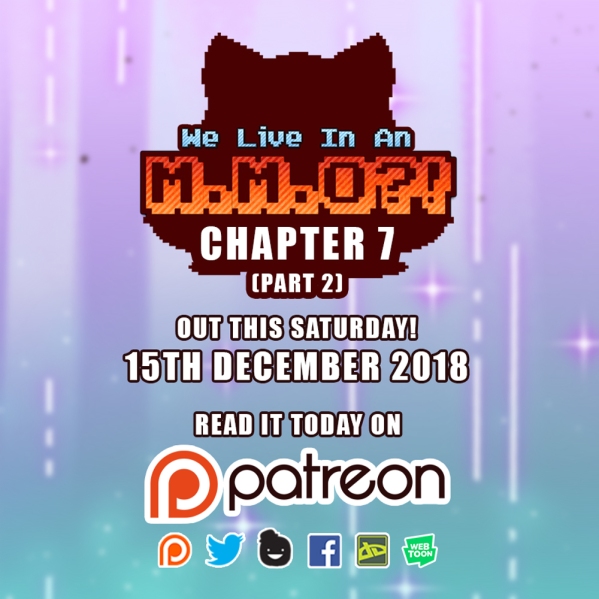 Hey everyone!
MMO’s Chapter 7 (Part 2) will be released this Saturday!
For Patrons, you can read it today on Patreon!
https://bit.ly/2zN9qI4

Also, I’ll be taking a break this month, so there’ll be no releases (short comics/doodles) for the time being!

TLDR; I believe there’s a personal conflict of what RandoWis currently is, and what I’d like it to be. So, I’d like to take the time after Chapter 7 (Part 2)’s release to give myself some needed attention to address these issues and reevaluate what I have, need, and want.

I hope you guys aren’t too let down by this news, but I thank you for your care and concern!
Thank you for the love and support as well!

For those who have yet to read “We Live In An MMO?!” or if you wanna catch up, you can read all the chapters here:
https://bit.ly/2JUQa1v

(Remember! Chapter 6 onwards is read from right to left!)

Hey everyone!
Hope you liked the new Banner Cover!
I’ve made a free 720p wallpaper version for anyone to download!
Support me on Patreon if you’d like the High-Res wallpaper versions for your desktop, and other bonuses!
Click Here! 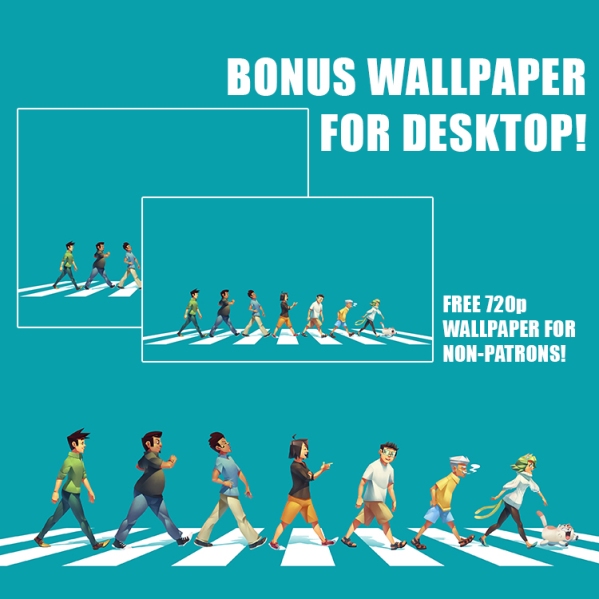 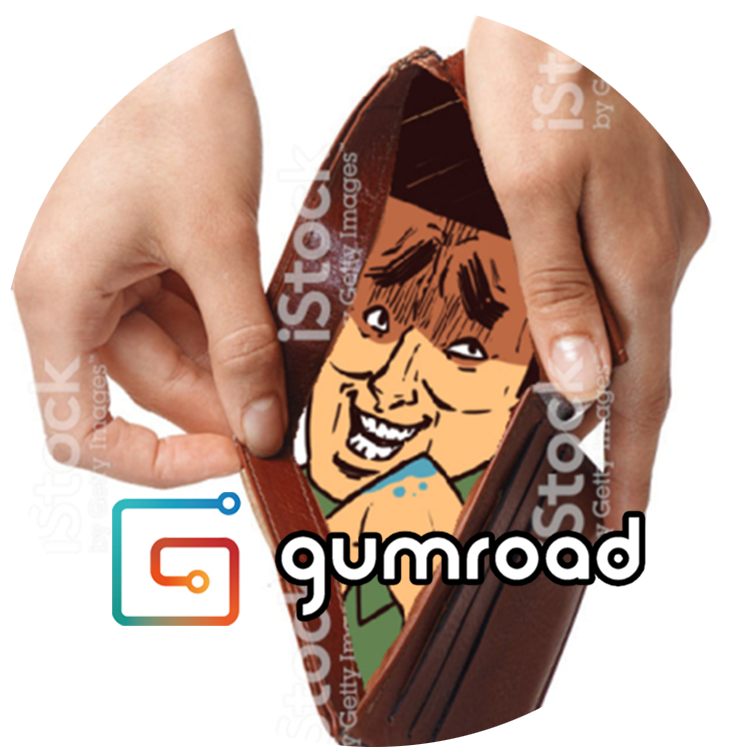